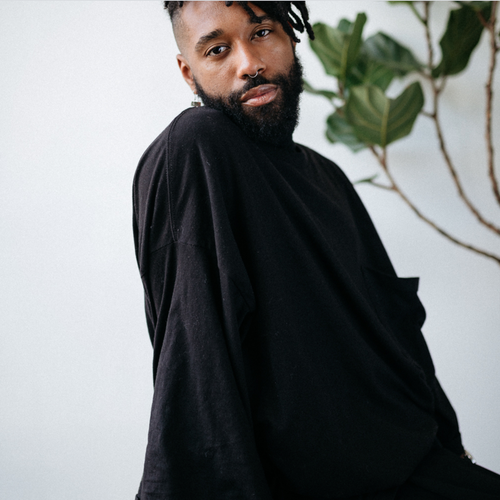 Talks covered by this speaker

Elijah McKinnon (they/them) is an award-winning strategist, entrepreneur and visionary from the future currently residing on planet earth. They received a Bachelors of Science from the Art Institute of San Francisco in Marketing and Management. In addition to serving as the Founder and Creative Director of People Who Care, Inc. their Chicago-based consultancy and studio practice, Elijah is also the Co-Founder and Executive Director of intersectional web platform, OTV - Open Television and the Co-Founder and Development Director of project incubator and sliding scale venue, Reunion Chicago.

In 2020 they were announced as a recipient of the prestigious New Leaders of Chicago award by the Field Foundation of Illinois and MacArthur Foundation. In 2019, Elijah was recognized in New City's Film 50 Issue as one of the Top 10 of 50 individuals changing the landscape of film in Chicago. In 2016 Elijah was named “Top 30 Under 30 LGBT People" in Chicago, Illinois by the Windy City Times and was invited to the inaugural African-American LGBTQ Education Summit at The White House.

Elijah has participated in panels, lectures and keynotes across the world at top universities, prestigious conferences, popular festivals, alternative summits and more. Their professional, artistic, and advocacy work has been covered by the Chicago Tribune, Out Magazine, CBS, VICE, Pride, Chill, Red Eye, Into and many more publications. They have performed and exhibited work around the globe in spaces such as Museum for Contemporary Art (Chicago), Soho House (Berlin, London, Barcelona), J&B Hive (South Africa) , Raúl Anguiano Art Museum (Mexico) and more.

We use cookies This website (and some of its third-party tools) use cookies. These are important as they allow us to deliver an exceptional experience whilst browsing the site.